Wat Bang Phli Yai Nai is located in the province of Samutprakarn. Conveniently located only 20 kms from the new Suvarnabhumi airport it is close enough to visit if you are just on a short stopover between flights via Bangkok. 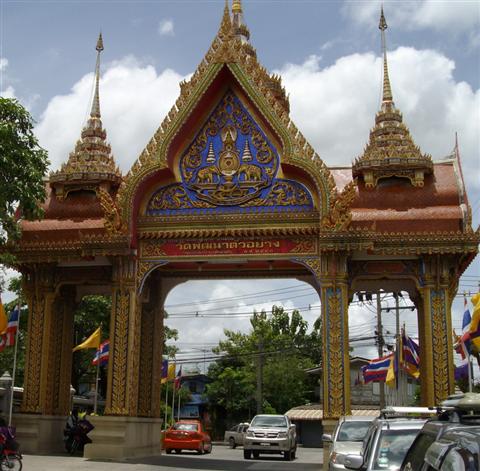 If you expect to see other tourists wandering around the temple grounds, don't hold your breath, because you will probably be the only foreigner in the area.

This is not Buddhist temple that many tourists get to see.

Setting out mid-morning, so as to miss most of the traffic on Srinakarin Road, the day didn't quite go as expected.

The plan was to visit Wat Bang Phli Yai Klang; the site of the longest reclining Buddha image in Thailand, even longer than the one more frequently visited at Wat Pho.

An extremely important and unique temple and one not to miss. 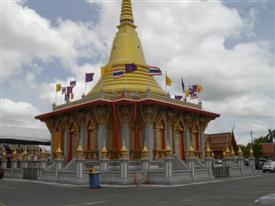 However it was not to be; using the power of the internet and the amazing Google maps application, whilst seated in my hotel room, I managed to locate Wat Bang Phli Yai Nai in error; an error that wasn't to be realised until a few hours later when we arrived at the stunning entrance gate. 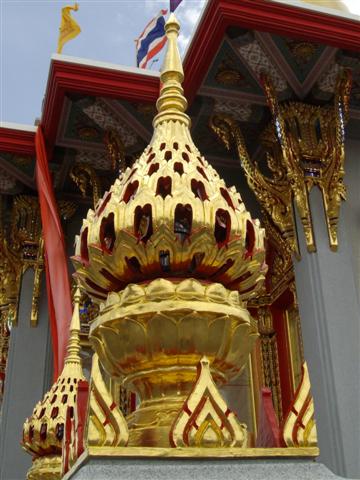 Nevertheless it turned out to be an enjoyable few hours and it is a more famous and interesting temple than it first seemed. 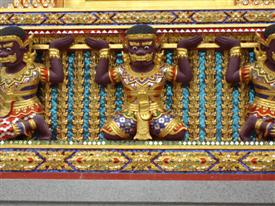 The entrance to the temple is a massive red and gold archway, I am sure there is a specific Thai term for this architectural part of a Buddhist temple outer wall, I just don't know it. 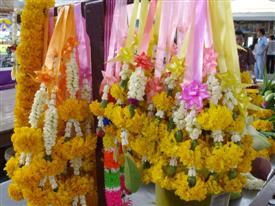 Market stalls are scattered around the interior of the temple walls creating a showground type atmsophere.

Some stallholders are selling fruit and local foods, or those located nearer the temple entrance sell offerings, such as marigolds and other flowers that visitors can present inside the temple.

Near to the temple entrance large speakers thump out what is known locally as "Temple Music"; how appropriate I thought. 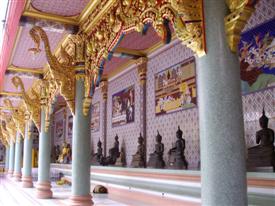 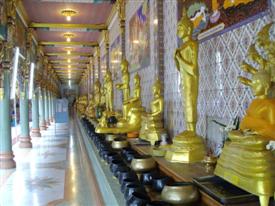 Wat Bang Phli Yai Nai was built to commemorate King Naresuan's victory over the Burmese, later a large bronze Buddha image was enshrined as the principal image of the Ubosot.

The image was much revered by the people and became known as Luangpho To and so consequently the temple is also know as Wat Luangpho To. 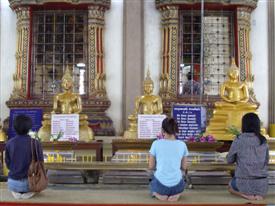 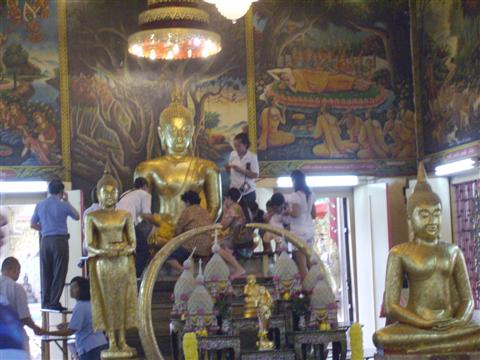 Each year, around November time during the annual Yon Bua or Rap Bua Festival, Luangpho To will be taken in a boat procession along the canal.

This is an extremely popular festival and a lot of people will turn up to watch and take part in the temple proceedings. 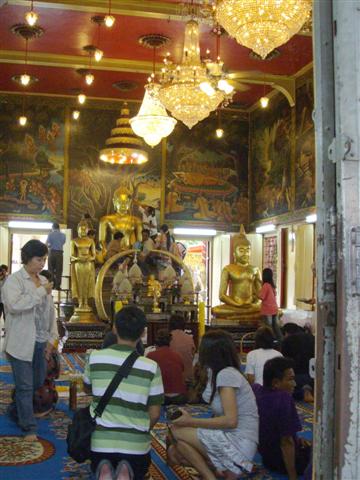 Having Luangpho To on site is not the only claim to fame that this temple has; the second and perhaps most contentious is the five million Baht toilets.

As I wandered around the inside of the temple, my fellow travellers informed me that "the toilets are very nice". But it went in one ear and out the other.

Only when I was doing more research for this article, did I discover how wonderful the toilets really are.

A large amount of money was spent to create toilets fitting for the very best hotel.

Because I didn't take any photographs on this first trip I made a special trip a month later to see them for myself.

Now you can check out some photographs of the "five million baht toilets" and you will see them in all their splendour. 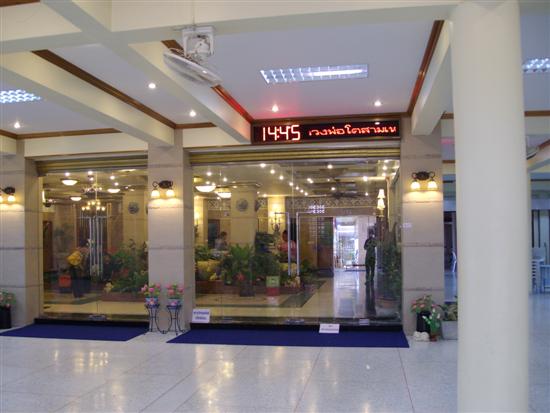 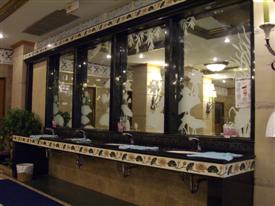 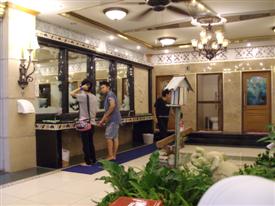 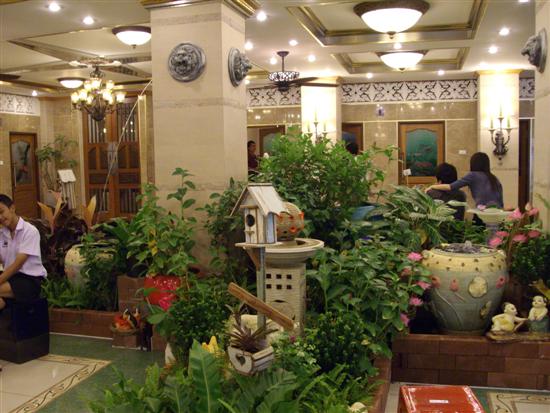 In another old building of the Temple and in front of the Buddha images there are small gold coloured elephants. You have to pick them up with your little finger and then pray for something good. 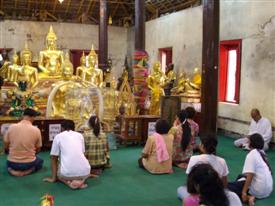 If you cannot pick the elephant up on the second attempt then your prayer will come true, but if you can pick up the elephant it will not be so.

Surprisingly the elephants are much heavier on the second attempt and it is nearly impossible to lift them again. You need to put some money in the box after doing this.

It is all for a good cause after all. 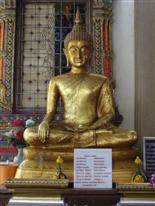 Take a walk through the Temple grounds over to the Khlong where there is a 150-year old canalside market where visitors can feed the fish with bread, walk around and buy some food from the stalls and catch a glimpse of the traditional Thai way of life.

This floating market has escaped the pressures of tourism and you are more likely to see fishing traps, tools for the land and other local daily necessities than typical tourist tat.

Don't forget to pick up a couple of cd's of Temple music at the cd shop.

There is also a small museum inside the market, it is all in Thai so a lot of it didn't mean much to me, but interesting anyway.

On the weekends you can take a boat and go on a choice of Temple tours, including to Wat Bang Phli Yai Klang,which was the original destination. 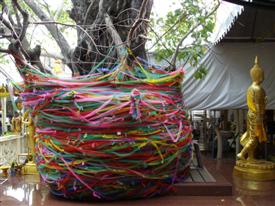 Walking all the way through the canal-side market to the end you will come to point where two boats are tied together, bridging the Khlong.

For 1 Baht you can cross over to the Big C supermarket. This is truely where the old world meets the new.

If you are on a Bangkok layover then certainly take the time to visit Wat Bang Phli Yai Nai; you are sure to enjoy the trip.